Confirm your age. Are you 18 or over?

Island Games to come to Anglesey 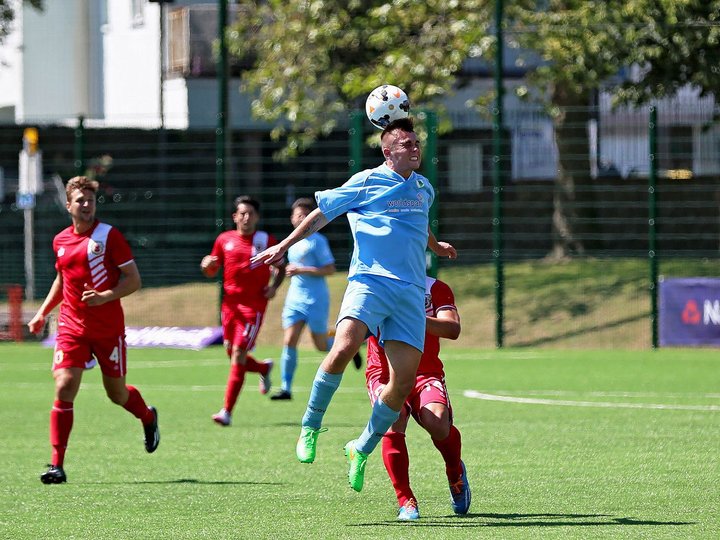 In July 2019, Anglesey will be welcoming over a dozen men’s and women’s teams representing island’s such as Gibraltar, Guernsey and The Isle of Man to north-west Wales as they host the 2019 Inter-Games Football Tournament.

Gibraltar, who host the International Island Games tournament in 2019, are unable to include football as part of their competition due to only having one football pitch at their disposal. Therefore, Anglesey secured the rights to host the football-only tournament next summer.

Since securing these rights, the Anglesey Men’s team in particular have been very busy, adding the vastly experienced Campbell Harrison and Llandudno FC’s Iwan Williams to their management set-up. Harrison elaborated on how big a boost hosting the tournament will be for the island.

“If we could win it, that would be fantastic but more importantly we want to leave a strong and lasting legacy for the youngsters of Anglesey to benefit from for years to come.

“We’ve got all of these people from Anglesey doing exceptionally well in sport, putting their mark on things across a variety of sports. It would be fantastic if next summer our teams could put on a performance and the island itself could host a fantastic event that would really make Wales as a whole look at us and see how well we’re doing.

“Let’s make the most of this opportunity, let’s have a great tournament where the island comes together for the benefit of our teams, to support the teams, to enjoy what will be a fantastic occasion and to ensure a strong legacy for our island’s young footballers going forward.”


Without a doubt I think we have what it takes to go out there and make Ynys Môn proud.

– Iwan Williams on Anglesey and the Inter-Games Football Tournament

Securing Llandudno FC’s Iwan Williams as Assistant Manager to Harrison is a real coup for the Anglesey Men’s side, as the young manager is known for his ambition and currently studying to achieve the UEFA Pro License under the guidance of Welsh Assistant Coach and Anglesey native Osian Roberts.

With both Harrison and Williams having represented Anglesey at the Island Games previously, the duo are perfectly placed to prepare a side which will compete well at next summer’s tournament and the latter noted his pride at being involved in preparing the 2019 side alongside Harrison.

“It is a real privilege to be involved with the Ynys Môn Men’s Football side ahead of this fantastic tournament in 2019,” Williams said. “We have a real opportunity over the next year to plan and develop not just a team that is capable of winning the 2019 tournament but to put in place the foundations for a legacy that can see our island’s footballing scene reach new heights and achieve big things in the years to come.

“I’m hugely excited to work with Campbell and I’m looking forward to helping him assemble his playing squad, which we’ll be looking to do in due course, and then to working with him on getting the best out of what is a very talented group of players.

“With hard work and a real team spirit, driven by the pride of representing our local area in a major tournament that we’re fortunate enough to be hosting, without a doubt I think we have what it takes to go out there and make Ynys Môn proud.”